A car bomb attack by Kurdish militants on a checkpoint in south-east Turkey has killed 10 soldiers and eight civilians, Turkish officials say.

The attack in Durak came as soldiers had stopped a car for inspection. A statement said 26 people were wounded in the blast, 10 of them soldiers.

No group has admitted the attack.

Turkey has been fighting a Kurdish insurgency for decades and fears Kurdish gains in neighbouring Syria will fuel Kurdish separatism at home.

A statement by the Turkish army said the attack occurred at 09:45 (06:45 GMT) outside a gendarmerie checkpoint some 20km (12 miles) from the town of Semdinli, Hakkari province.

The governor of the province Cuneyit Orhan Toprak said the attackers had first opened fire on the soldiers at the checkpoint to distract them before driving a minivan and detonating it.

Prime Minister Binali Yildirim said it had been perpetrated by “a suicide bomber who detonated a van with five tons of explosives”.

A string of attacks by the Kurdish militant PKK have targeted Turkish security forces since the collapse of a ceasefire last year.

Turkish military operations in the south-east and retaliatory attacks by the PKK have left hundreds of people dead.

The government has ruled out any negotiations until the group completely disarms.

The latest violence comes as the army reels from a huge purge following a coup attempt in July.

Turkey is also battling so-called Islamic State (IS), whose militants have carried out a series of bloody attacks over the past year.

The PKK launched its insurgency in 1984, alleging widespread abuse and discrimination against Kurds by Turkish authorities. 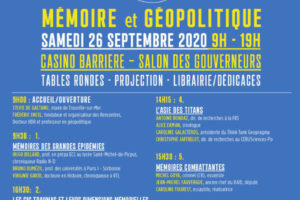